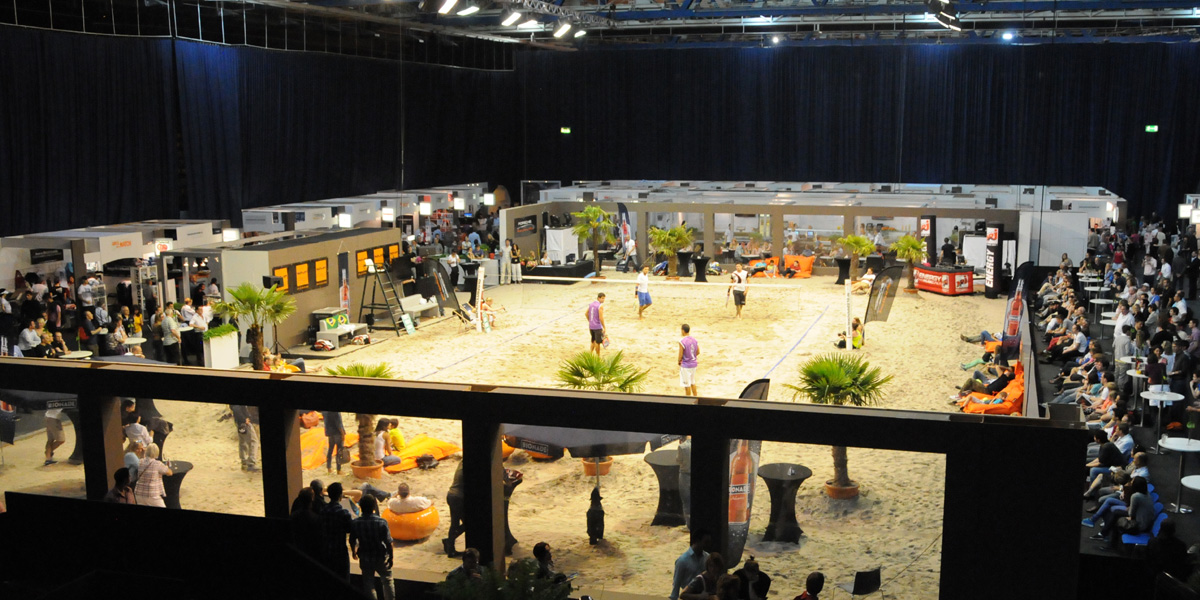 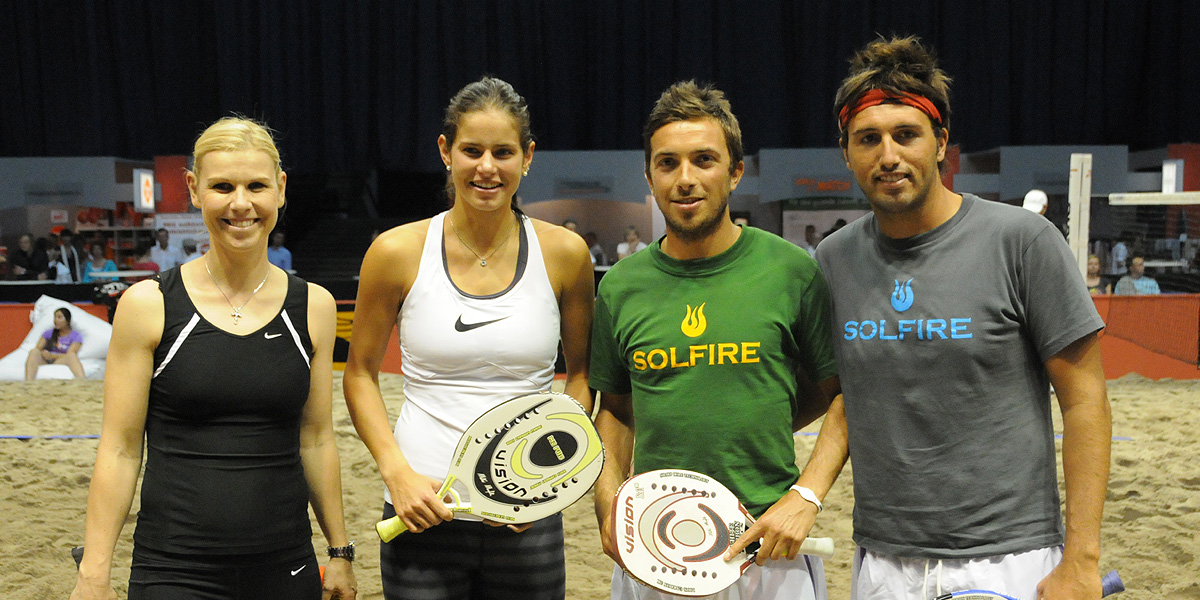 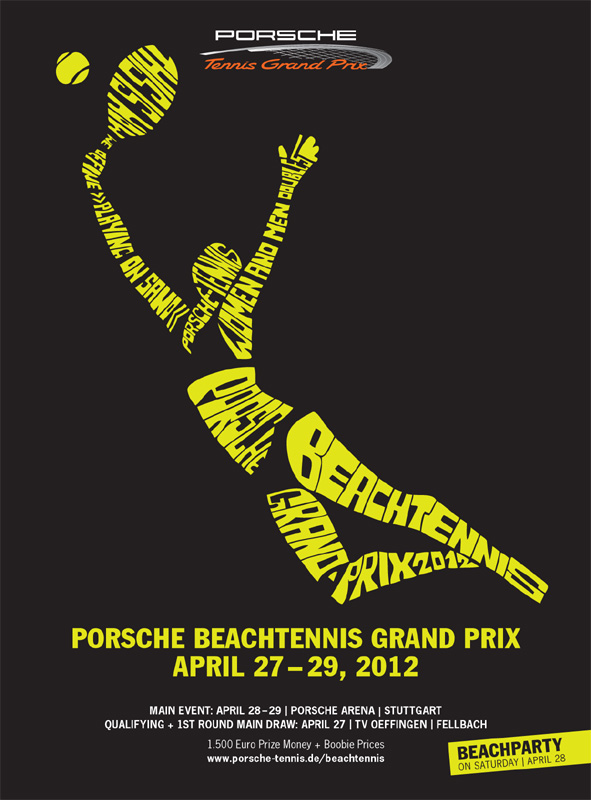 This time Alex Mingozzi, 30, and Matteo Marighella, 32, didn’t let anybody surprise them. The tournament favorites beat Thales Santos and Marcus Ferreira of Brazil in the final match of the 2. Porsche Beachtennis Grand Prix 6-4, 6-2. When they came to Stuttgart for the first time in 2011, the Italian team, composed of the two most successful and best known players on beach tennis courts in the past ten years, lost the final against their fellow countrymen Paolo Tazzari and Marco Garavini 6-2, 4-6, 8-10.

Alex Mingozzi, back on the courts after a five month break due to a surgery on his right shoulder, showed signs of his power and mental strength. Paired with the incredible touch of Matteo Marighella and his ability to read the game, the world’s number 5 and number 2 respectively, first won against Stefano Tinarelli and Vittorio Cenacchi (ITA) 6-4, 6-0 before beating Stefan Weber and Martin Schmidt of Austria in the Quaterfinals 7-5, 6-4. An easy win (6-1, 6-1) against Christian Berardi and Yuri Succi (SMR/ITA) brought them back in the finals, where they finally put the ITF-tournament in Stuttgart on their long list of recent successes. On the other side, the Brazilians in the semifinals beat the Italian couple Paolo Tronci and Andre Penza in a real battle 6-7, 7-6, 10-6.

In the women’s tournament the spoken language in the final was German. Edith Tosner and Maraike Biglmaier won against Dorothee Berreth and Monika Keller 7-6, 1-6, 10-6. In the semifinals they beat the number two seeded Italian team of Silvia Zanuttini and Annalisa Prati 6-7, 6-2, 10-7 respectively the top seeded Fanny Rollet and Ludivine Bodar of France 6-1, 7-5.

The Qualifying event took place at the beach tennis venue of the TV Oeffingen club in Fellbach on Friday, April 27 before the Main Draw moved to the Porsche-Arena in Stuttgart. After the beach tennis finals on Sunday, the players and spectators had a chance to watch Maria Sharapova and Victoria Azarenka battling for the title of the 35. Porsche Tennis Grand Prix, which was again voted by the players as their favorite tournament on the WTA-tour. A goal, the beach tennis tournament in Stuttgart is eager to achieve in the future. 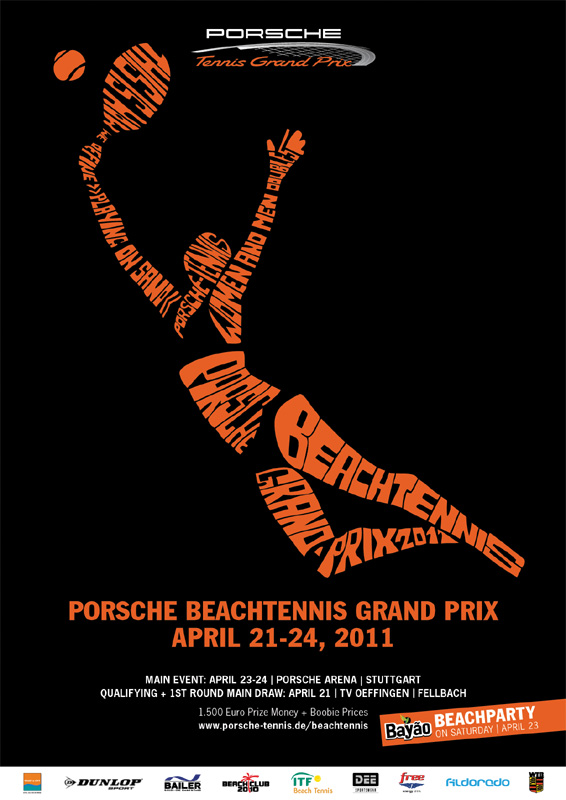